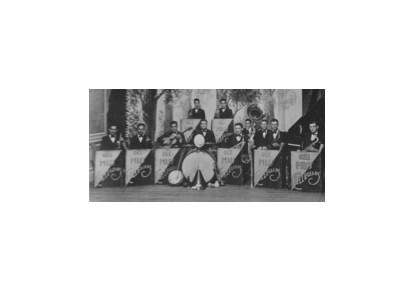 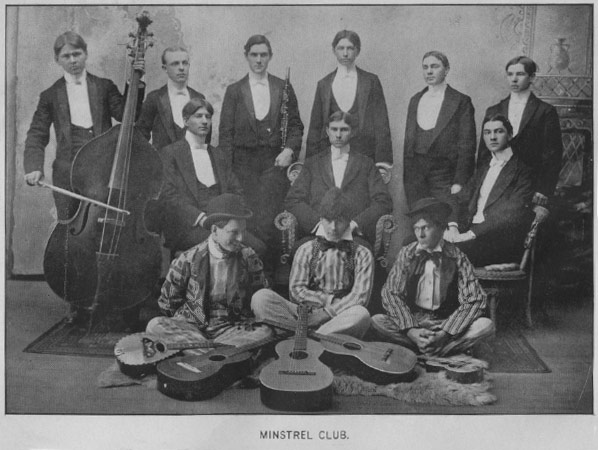 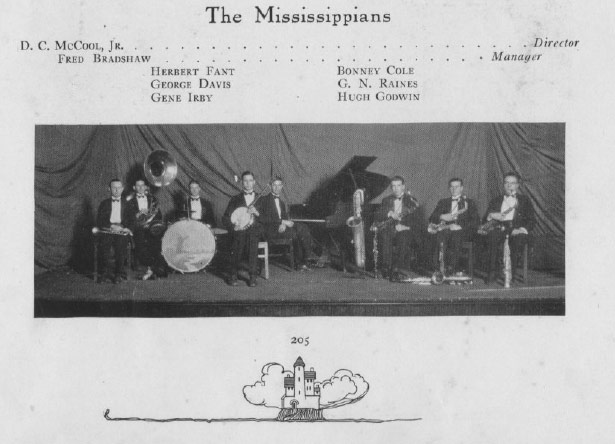 With a lineage that goes back to a university sponsored group of student musicians who performed dance music in the late 1890s, The Mississippians are one of the oldest college jazz ensembles in the nation. The photo of the “Orchestra” is from the 1897 annual, followed by an early picture of the “Minstrel Club,” who performed popular music that was the immediate precursor to jazz. A photograph of the “Jazz Orchestra” appears in the 1922 Ole Miss annual, and a jazz band led by Dick McCool used the name “Mississippians” for the first time in 1927.